Main discussion area is here. Reply to a message to continue a discussion thread, or create your own new Topics.
Forum rules
Post Reply
52 posts

Just what one would expect a member of the Pubic Party to say.

PELOSI. Say no more. Hey. I have an idea for the Dims: Let's SHRINK the size and scope of the Federal Government.
Top

Nancy believes in coddling MS-13. Why not. They are the natural constituents of the Democrat Party.

Sadly, this forum is home to those who actually lap up that crap like ice cream. It's pathetic.
Top

Just admit it. I was correct, you were REALLY WRONG

The list is so long. The insanity of the sick, SICK entitled Dems is DEEP.
Top

Way to go Crux.
It is propr to call the Democratic Party the Democrat Party because there is nothing democatic about it.
It is the biggest collection of stupid, vicious, self pitying, underhanded, bigoted,lying ass holes in the world.

Peter Strozk is just one good example of this.
Top

FranciscoGray
Posts: 1
Joined: 2018 Sep 04 17:15
[phpBB Debug] PHP Warning: in file [ROOT]/vendor/twig/twig/lib/Twig/Extension/Core.php on line 1266: count(): Parameter must be an array or an object that implements Countable

Re: Bernie, the end of the Bush/Clinton/Globalist/neocon rigged business?

An unusual Russian name to be sure.

I do have some vague conception of what you're talking about and it appears that you prefer lunacy over globalists, and that's fine. But, if you hate neocons, why would you support Trumps choice of Bolton? Bolton's middle name is neocon and he has that tattooed under that mustache.

We don't need no Justice Department? The entire Clinton Foundation trained by the CIA? And, in case you missed it, Obama a real person and retired......not a construct, and along with Hillary, is unlikely to be running against Trump any time soon.

The vodka must be flowing hot and heavy in Moscow this time of year.

Coondog, I make no sense at all of the posting you responded to, so don't know whether to agree or disagree. It's random gibberish.

Apparently a guy called Steve R. Pieczenik came up as somebody the Cruxists admire. I learned that he went on Alex Jones to support the craziness that the Sandy Hook shooting was a "false flag" operation, so nothing he says has credence or value.

But of course the right wing crazies like Crux think hes just peachy.

Well........you BETTER learn to speak RUSSIAN if you want to understand ANYTHNG in the future. Komrade Trump will make sure that's part of the deal with his bunk mate, Putin.

The heat index requires that I spend many hours in the dawg house, under the fan, watching the Supreme Court confirmation hearings. It is obvious that the republicans are once again using their collective penises to urinate all over the democrats. Those guys couldn't play a game of Old Maid without cheating. In that regard their candidate, whose name is withheld because I'm not sure how to spell it) is the perfect stooge for generations of republicans to come.

He's smart, well saturated in all the ins and outs of legal mumbo jumbo and articulate enough to dodge any question of substance not concealed by the Senate republican firewall. And he's got that (excrement deleted) grin that makes one want to punch him in the face. He knows he has the votes and any misdeeds there may be from his White House time won't surface for another 30 years.

I've come to believe that this country is about to enter what will be seen in the future (if any) as the Trump Dark Ages. I call it that because I know how much Trump likes his name on everything. I'd like to wear a tee shirt that says "I survived Trump".....but I fear that's a bit wishful and premature.

Likely it will take decades upon decades and scores of honest statesmen (and stateswomen) to undo the damage already done by this horribly warped and pathetic figure of a man. Fail to take congress away from his complicit enablers and we're all doomed. DOOMED, I SAY!

Every time an idiot leftist says "Russia", ask yourself, if the face of the HUNDREDS of times they say "Russia", we don't hear, "China".

It is simple: Their Savior Hillary, the Witch/Traitor, and their Savior Pawn/Traitor Obama have USED Russia as a pawn/obfuscant,
and Catered to CHINA and SOLD US OUT. CHINA, CHINA, CHINA. My message to the Leftist Tools, "Get your minds right". 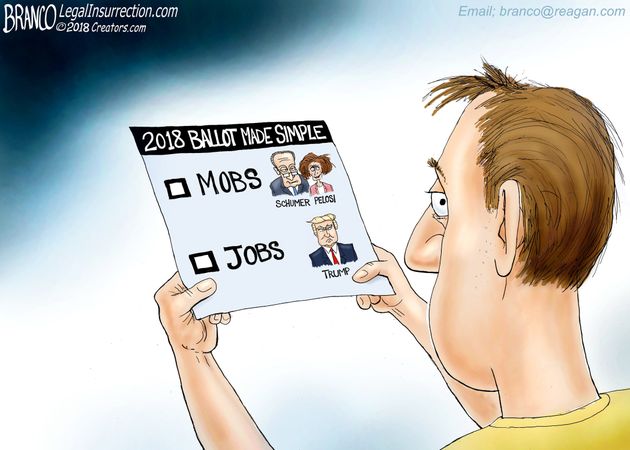 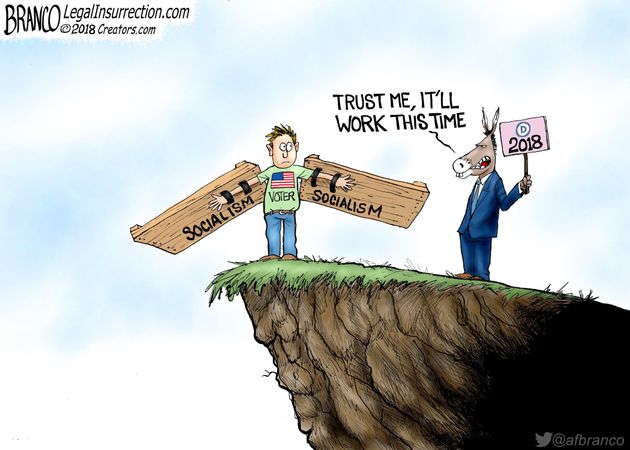 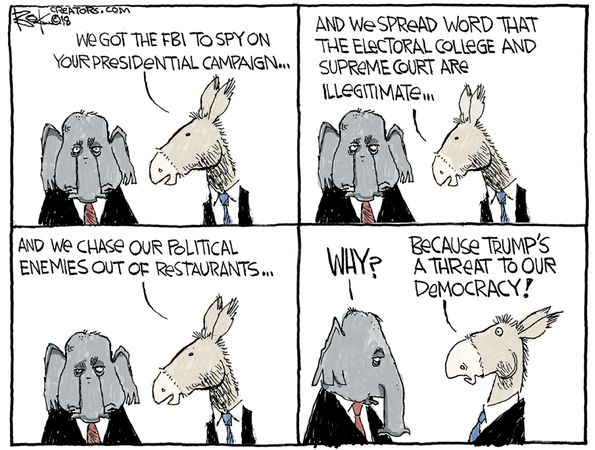 These are Billionaires & Millionaires That Created Their Own Shit Hole…Time For Them To Pay For Their Own Negligence and Incompetence!

NOT US! Why In Hell Would You Pay For Your Irresponsible Neighbor Kid's Credit Card Bill?

California Residents: Most of the following have residential property in California or work there.

California: The Physical Collapse Of A Social State

Socialist bad choices leaves California possibly 2.3 Trillion (estimated to be more like $3 Trillion, now) in DEBT…This is what happens when you vote in.

"California has the highest debt-to-income ratio in the country.”

“the state is run for the very rich, the very poor, and the public employees.” It is also how California found itself with the worst poverty problem and why “California ranks dead last among U.S. states in quality of life, according to a study by U.S. News.”

Democrats, now the Socialist Party control & own every ghetto in the US…And the highest crime rates.

Even with a booming economy across the country, these Socialists' States just don't get it…the incompetence is abundant! No Surprise Here!

–Democrats, Now Socialists turn every place into a shithole, literally!

State’s Homeless Population Drives National Increase. This year that number reached nearly 554,000 — a 1 percent increase from last year, driven by the "dramatic surge in West Coast cities". More than one-quarter of the total homeless population nationwide lives in California, roughly 114,000 (Dec 21, 2017). –California highway workers face 'buckets of human feces,' Urine and (Heroin & Synthetic Opiate Syringes-can you guess who brought those in???), as homeless crisis & clean up costs skyrocket. –Poverty: Top 10 Cities With the Most Homeless People are all Democrat Controlled and the homeless continue to grow. Commie California has the most cities on the list with the most homeless. Open Border, Illegals, Sanctuary Cities, Welfare & Felon Magnets, Cater and appease to both legal & illegal minorities, over whites. Out of control spending, over-priced housing, high cost of living …huge taxes, businesses leaving due to high taxes etc. “they worked full-time jobs but still couldn’t afford to rent!”….and of course: Cheap synthetic Heroin & Synthetic Opiate Addictions—can you guess who brought those into our country???) (2017) –Record homeless, #1 California: 136,826 Homeless, now beats New York, tent cities, feces, streets littered with hypodermic needles and filth.
Top
Post Reply
[phpBB Debug] PHP Warning: in file [ROOT]/vendor/twig/twig/lib/Twig/Extension/Core.php on line 1266: count(): Parameter must be an array or an object that implements Countable