Main discussion area is here. Reply to a message to continue a discussion thread, or create your own new Topics.
Forum rules
Post Reply
690 posts

Scott Walker, or #15 as we like to call him, entered the scrum for President in typical fashion........an announcement and a mad dash to get on Hannity for a whole hour to bedazzle and confuse a potential constituency with red meat catch phrases, complete policy reversals, record cleansing and goon babble.

Of particular note was his plan to put Medicare in the hands of the states and eliminate the Transportation Department, returning that money to the states, also. Money is best spent by the states, says he. This from the guy who refused both Medicaid expansion money and money for high speed rail from the federal government.

He is very articulate about it, though. And, between his announcement and interview, he cited Ronald Reagan about a hundred and fifty times along with a bit of Ronnie's record cleansing as well. Iran-Contra didn't come up in the conversation even once.

This son of a Baptist preacher is about as suave as one can get when it comes to schmoozing suburban housewives and religious fanatics. Too bad, Huckabee!

But, there's that little bald spot on the top of his head. One term as president and this guy is going to resemble Peter Boyle on a bad day. And........so will we!

So, if we want to keep what hair we have left, it's best to give #15 a wide berth. Right, Donald?

You are right. He and the rest of a tiny car packed with clowns has, relatively speaking, .
Top

There may be some truth to that.

But, it is feared that Sarah might likely join every living republican and Israel's net-n-yahoo in tossing poop on the Iran deal in spite of the fact that they apparently have no idea what it's about and the vast majority of the entire world does.

Coondog has been giving much thought to the plight of conservatives. You know, those people who cannot abide progress because they hate progressives.....or social justice because they hate socialists. Perhaps it's time to section off a land mass, say from the Rio Grande through the Dakotas, and just give it to them. They would have to adhere to no federal laws or regulations. They would receive no federal funds or benefits.
They could formulate their own foreign policy and decide for themselves whether they want to band together as a group or just exist as a bunch of independent states.

They could establish English as the official language and Christianity as the official religion, to the exclusion of all others. All of the constitutional amendments could be scrapped, except the second, of course. Talk of climate change and evolution and abortion and equal pay could righteously carry the death penalty.

No taxes would be paid at any time to anybody. Those pesky minorities would cease to be a problem. They would not vote and maybe they could even be made to work for free.

We would benefit financially by having to pay for fewer stars on our flag, and we can gerrymander the place, republican style, so we get to keep all the oil wells. We sell them the patent on the confederate battle flag, or maybe just the one with the chopped up snake, and refer to everything inside their giant electrified fence henceforth as the 'Clown Territories."

There are a lot of other details that have to be worked out, but one thinks one is on to something here.

At least two of us are not on vacation.
Top

Not really a surprise here, although it is gratifying that they are finally starting to admit it.

Reflexive Obama opposition is rooted in the raw racism that is the core of most modern Republicans, fled Dixiecrats plus their ilk elsewhere.

They admitted it years ago. Then, like now, it doesn't register with the right, but it's evident in everything they do.....or don't do, as it were.

It is personally believed that every one of the SOB's is guilty of breach of oath, malfeasance in office, subversive, anti-government conduct and/or just plain treason.

Congressional hearings on the nuclear deal with Iran are giving republican legislators yet another opportunity to illustrate just how stupid and irresponsible they are.

One would hope to hear reasonable and legitimate reasons to be against this pact, in response to the reasonable and legitimate presentation of Kerry and his associates. One would think that the very purpose of a congressional hearing would be to educate both the congress and the populace. Unfortunately, republican legislators have no interest in being educated. Perhaps that is an impossible task.

This fact finding farce serves merely as a stage for pontificating by people who made up their minds long ago based on no information at all other than the falsehoods they conjured up to mask the ignorance they so pride themselves on.

Not one of these overstuffed blowhards have any viable alternative or indicate they have any appreciation for the seriousness of the conversation at hand.

A question to republicans: If your representative is a complete idiot....what does that say about you?

They are fluent in Farce-y, indeed.

McCain asked Kerry, today, after grilling him on the Iran Deal, how the North Korean Deal had worked out for him.

First, McCain doesn't seem to know that North Korea and Iran are two very different scenarios. North Korea was the province of the Bush Administration. Don't think Kerry was involved. And Iranians, as misguided as they may be, are sophisticated enough that they don't believe that their leader is some kind of god. We could chalk up McCain's confusion to PTS syndrome and geriatric dotterage, but that doesn't explain the rest of them.

We need crux to put it in terms we still can't decipher, but he's up and quit......maybe to become Governor of Alaska, or something.

No chance a Trump - Palin administration is going to make things any better. Funnier......but not better.
Top

Buck Turgidson
Posts: 108
Joined: 2011 Mar 10 22:48
[phpBB Debug] PHP Warning: in file [ROOT]/vendor/twig/twig/lib/Twig/Extension/Core.php on line 1266: count(): Parameter must be an array or an object that implements Countable

Well.........you can't blame republicans for being upset. Obama gave a speech yesterday on the Iran Nuke Deal and eloquently characterized them as fools and liars. They didn't like his tone. Disrespectful, they say. Imagine that!

Like most cowardly bullies, they cry like babies when the kid they've been picking on for six years suddenly punches them in the face.

And, like everything else of strategic national importance, like health care, they take an adverse position before they have any idea what they're against and stick to it.

One can foresee Iran trying to circumnavigate whatever agreement they sign. If they do, we're right back to square one. The inevitable military option is still open, but we have more actionable intelligence than before. If, somehow Iran manages to maintain sensible integrity, this will be the most singular Middle Eastern success for some time.

Should the republicans prevail, they will have thwarted the collective, painstaking efforts of both our friends and adversaries to stave off what will undoubtedly result in yet another heinous debacle of death and explosions and hate.

More importantly, who will trust us to negotiate anything again? What standing will we have in a world already skeptical about keeping the dollar as a global standard when we are viewed as unreasonable, war mongering and an obstruction to the efforts of the rest of the world to salvage a peaceful solution to a potential armed conflict?

Who would adopt this form of government when we reveal just how screwed up and dangerous it can be when reckless politicians put the interest of their dumbest constituents ahead of national interest?

Kill this deal and Iran will have a bomb by Christmas, the coalition of sanctions will fall apart and whatever unilateral squawkings we make will fall on deaf ears.

But, republicans are so much smarter than intelligence and nuclear experts from all over the world. Right!

Obama's tone? Who else would have restrained themselves this long from calling them out for the fools and liars they are?

As they say, in Washington there is only one sin that is unforgivable ... to get caught telling the truth.

Insult me to my face

So.....Obama is in Indonesia somewhere ridiculing the right wingers over their silly "eek it's a mouse" reaction to the refugee issue and Ted Cruz is so offended that someone is doing to him what he's been doing to them for years.....he's calling out the President, "Don't be making fun of me from Turkey! Come back here and make fun of me to my face!"

Not that it's all that desirable that Obama drop the stoicism of the past 7 years when it comes to tomfoolery, but there is something satisfying to see him conversing in a tone that these people seem to actually understand.

If "snarky" is the only language these people speak, then snarky is what they deserve to get. It's the only polite thing to do. 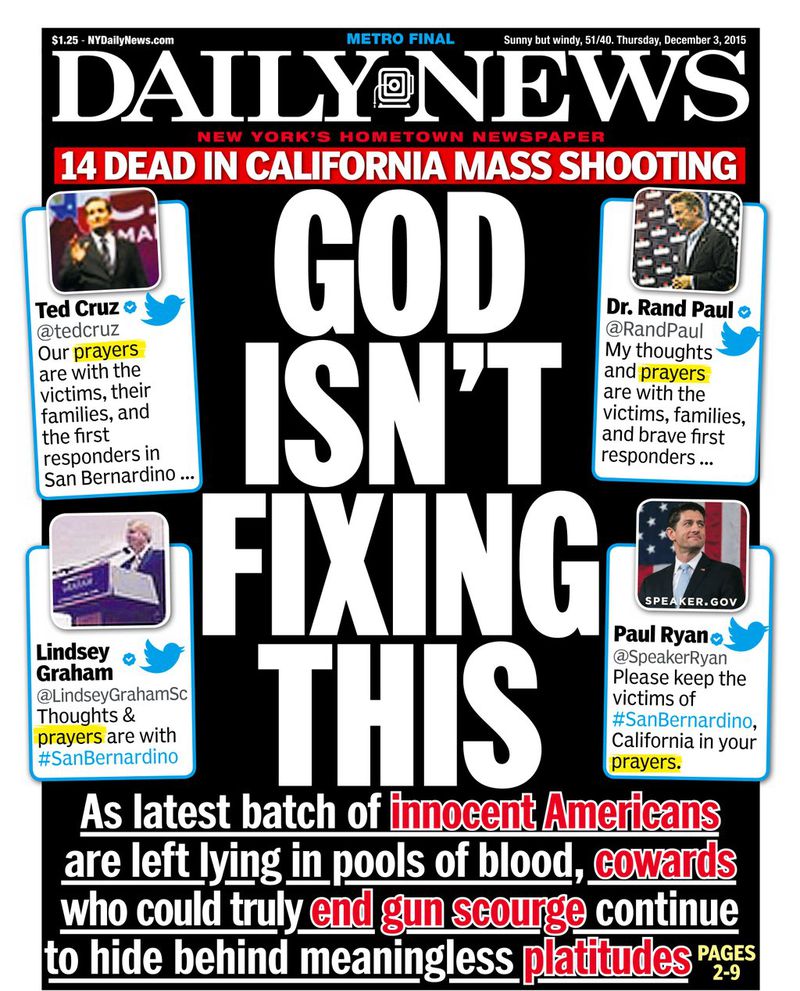 Despite the popular votes, it is looking like Hillary, based on SUPER delegates, will face Trump.
Bernie can win states, and lose majorities of delegates to Hillary. Hillary has the greased skids.

Just yesterday, the PRESUMPTIVE nominee LOST INDIANA!!! Hillary is not very popular among DEMOCRATS.
Top
Post Reply
[phpBB Debug] PHP Warning: in file [ROOT]/vendor/twig/twig/lib/Twig/Extension/Core.php on line 1266: count(): Parameter must be an array or an object that implements Countable